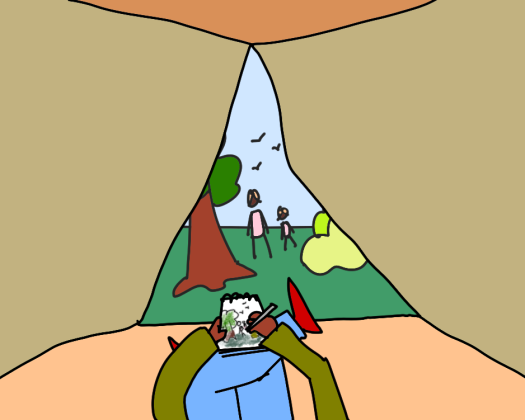 I’m going to spend a little time on note taking.

Perhaps a couple of posts, because this is something I need to work through.

I was never someone who took many notes – I liked to read but the things I read went in and went out again.

It seemed to me that things I needed to know would turn up when I needed them – the right books seemed to appear at the right time.

And I think I can remember when I started to think about taking notes.

I was an average student at school, below average probably, perhaps in the bottom third of the class.

I made careless mistakes and didn’t really try that hard.

And at some point I started to struggle – with chemistry in particular.

I had some kind of block with chemistry – I just didn’t get it and it made no sense to me at all.

My parents sent me to stay with a friend, someone with a huge library and someone who introduced me to flashcards.

This person, I remember, had decided that he wanted to learn about stars and so he had a drawer full of cards with the names on one side and the characteristics on the other.

I went through my chemistry textbook and copied all the content onto small cards and then carried around the material, effectively memorizing the textbook.

I remember getting in trouble once – one of my teachers thought that the cards were a cheating aid rather than a study aid.

The flashcard method worked, for chemistry and other subjects.

I could memorize everything I needed and regurgitate it for the exam and that was fine – I did well in my exams as a result.

This method of taking the content and putting it into a form that made it easier to memorize the content changed my ability to study and pass exams.

But I wasn’t learning anything – I was simply getting better at cramming facts into my head for a purpose.

When I went to university the methods went with me and adapted to fit a new environment.

I used blank A4 paper and adapted my note taking system to the lecturing format and used a four color pen.

Each sheet had a code at the top – date/subject/page number – and that made it easy to add content in class and then drop the notes into folders, cereal boxes actually rather than carrying around a notebook for each subject.

I used red for main headings, blue for subheadings, black for content and green to circle or draw attention to points.

I carefully took notes all through the semester and at the end went through them and created a mind map using the headings.

I’ve always been slow at things like this but I never really realized that the teacher had a structure to what they were covering.

The content came at you day by day, like someone throwing a number of tennis balls at you and requiring you to catch them as they flew through the air.

The mind maps showed the structure and links between the concepts and made it easier to focus on the elements I needed to memorize – and that content then went onto flashcards and I went through the same process.

Once again, I did well in exams.

But I did no real learning.

My first work placement was perhaps the time when some learning really started.

I was introduced to the world of programming and I started reading all about how to do it better.

For the first time I had something to do and I could go and learn about how to do it, do it, look at whether what I had done worked or not and then try something different.

I still have some of the books I bought and, somewhere in my files, an article I wrote about this experience.

I think that was the first time I actually learned something – and I only learned it because I did something.

Then, there were several years of work where I learned how to take notes as a defensive art.

I filled notebooks with daily notes and lists and logs and actions.

I taught myself shorthand to keep up, first Greggs and then Teeline.

Greggs I’ve forgotten entirely but I still use Teeline from time to time.

Taking notes in the workplace was about accountability – about being able to look back and check what was said when and what was agreed.

My notes helped me move things on, and I experimented with methods like “Getting Things Done”, by David Allen – and spent a lot of time thinking about note taking and records for operational purposes.

The notes I took helped me manage large numbers of projects and make sure everything was captured and moved on – that decisions and next actions were clear and if anything went wrong it was demonstrably not my fault.

And it all worked – for a number of years until the diligent work started to seem a little pointless – why was I doing all this?

So, I went back to university and did some more studying.

The note taking methods I had from before were still just as helpful, but I had also discovered sketchnotes – a way to add visuals into my note taking.

This changed the structure of my notes completely.

Instead of lots of words that I was going to have to memorize I started drawing images that captured concepts that I could relate to other concepts.

It was hard to change – I was used to making sure I got absolutely everything down.

In fact, I had adapted my note taking to making sure I typed everything, got all the content down at the start of my course.

But there was something different about the situation I was in.

For the last 33 years I had taken notes either because I was trying to get a good score in an exam or because I needed to show that I was on top of things.

This time, when I went to university, I had nothing to prove.

I wasn’t there to get a mark or prove I could do anything – for the first time in my life I had chosen to do something because I wanted to learn about it.

The learning was what was important, not the grade.

I had no need to get a particular score or prove to someone else that I was competent – I could do that with other evidence.

This time, I just wanted to learn.

So, I relaxed, stopped trying to capture everything and tried to listen.

For the first time, really listen.

And I took notes of concepts and sketched them on the page and tried to link them together.

Here’s that first note – one that I made around a third of the way through the course.

I didn’t realize it the time, I couldn’t have, but this shift in thinking – from having to capture everything so I could reproduce it later to learning to listen in order to understand – would change everything.

The reason I had started drawing concepts in the first place was because I had a young child and I had started to use drawing as a way to communicate with him – an approach we called drawing a story.

One of my lecturers saw one of my drawings – I had used it in a presentation – and introduced me to the idea of rich pictures and the work of Peter Checkland.

I learned about Soft Systems Methodology and used it for my dissertation.

Now, as we come to the present, these approaches to note taking, integrating drawing and connecting concepts have come together with some of the work I do, applying research-based methods to practical projects in industry.

A conversation with an academic introduced me to more work in this area, especially around concept maps and other methods of visual thinking.

And, of course, how does what I do now compare to what else is out there and how could I improve.

That question led me to anthropology as a discipline and writing ethnographic fieldnotes as a particular aspect of anthropology.

When you look at these disciplines you start to dimly perceive a model that can help you make sense of what is going on.

And in these posts I think what I have to do is try and illuminate that model a bit further – because I can’t see it clearly yet and maybe writing about it will make it visible.

I’ll have to start by going back a way and looking at one person’s way of thinking – but that’s for the next post.