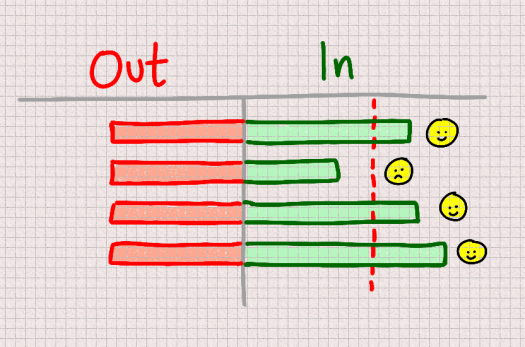 Every real businessperson I have met thinks about money in a certain way.

They break things down into what they cost on a daily or weekly basis and then see how much they need to make every day or week to be in profit.

A business person will think of that as £7,000 of capital spread over three years to make decisions.

So we need to make at least £10 a day to pay for the car. The stuff on top is profit.

It’s as simple as that – once we are making a profit, however, lots of people will want a bite of it – from the government to helpers.

But the basic principle is still just that simple.

Sometimes the more complex financial calculations that we do – from paybacks to internal rate of return – simply confuse the issue.

Especially when it comes to serious projects that have lots of moving parts.

For example, battery storage plus solar is all the rage now.

Around a year ago I made some notes from a podcast by Barry Cinnamon, who uses exactly this method to evaluate the economics of an battery storage plus solar installation.

It’s from 2016, and prices may have changed, but principles don’t.

We are currently going through an infrastructure upgrade process in the UK that staggering in its scope and scale.

We have ageing networks of wires, pipes, sewers, roads and railways, all of which are being upgraded or replaced.

And there are a myriad projects being chased by developers.

For projects in the energy business – it’s once again pretty simple.

There is a price per kWh of energy – and if we can buy it for less or sell it for more than that we can make a profit.

The problem is when we have very complex financial models that help us buy it for more or sell it for less.

As Theresa May (now probably wishing she hadn’t) said, there is no magic money tree.

But there are many, very real, money pits.