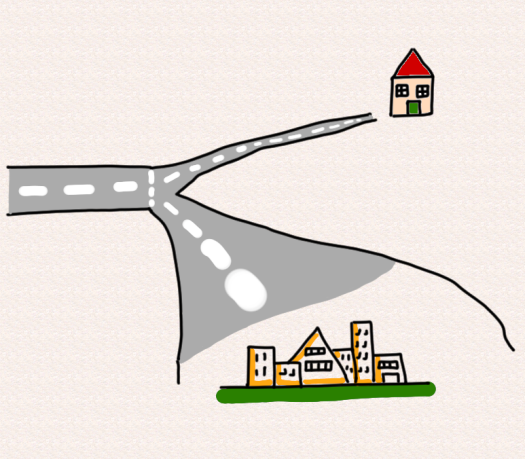 The more constraints one imposes, the more one frees one’s self. And the arbitrariness of the constraint serves only to obtain precision of execution. – Igor Stravinsky

Terry Pratchett wrote that if time equals money then money must also equal time. One thing consumes the other – and what matters is who or what is doing the consuming and who or what is being consumed. For instance, if you hire a professional that’s paid by the hour, like a lawyer or consultant, don’t be surprised if they try and spend as much time as possible on your project. Their time consumes money. On the other hand, if you want something done fast you can offer an incentive for it – double the amount to get it done when you want it done, buying in the extra person-hours needed. In this situation money consumes time.

Work, creative or otherwise, has the same ability to consume time, as does entertainment. We’re constantly making decisions on how to allocate time and others are constantly constructing situations designed to consume our time.

This is where constraints start to help us.

Imagine you’re on a road and you come to a fork. One way narrows, taking you down a single path. The other widens, allowing you to go anywhere you choose, in any way you want. In both cases you will end up spending time travelling, but what’s the destination going to look like? In the first instance you’re going to get somewhere. With the other you’d do well to remember the saying, “If you don’t know where you’re going any road will get you there.”

Let’s digress for a minute. Yuval Noah Harari is a historian and wrote 21 lessons for the 21st century. I’ve only just started the book but one idea jumped out at me. Harari says that three big ideas competed for hearts and minds during the last century. You had fascism, which believed that one group was superior to another and should rule by force. You had communism that believed that workers should be in control. And you had liberalism, which believed in the freedom of people, ideas and trade in things. Fascism lost early on, communism hangs on and liberalism took the lead.

Harari’s point is that the communist-liberal conflict has to do with labour and exploitation. A group fighting for workers has as its aim their protection and welfare. But what happens in a society where labour becomes not a question of exploitation but is increasingly irrelevant. Harari asks whether it’s worse to be exploited or to be ignored – deemed unnecessary?

Many people are coming to terms that the world doesn’t need what they do. Who would join a profession where they’re treated as a bridging solution to eventual automation? Jobs imply specialisation in the service of a larger entity, but what if that entity is in the business of getting rid of jobs. What do you do then?

You have to ask good questions. Questions like what sort of jobs are going to be needed in the future. We have an idea already. We need high skilled, high technology workers that can engineer the systems of tomorrow and we need dexterous manual workers that can do the things that robots can’t do well.

Of course, this isn’t the case everywhere in the world. Labour is still cheap and machines are expensive and break down quickly and spare parts are hard to find in some places. History matters – it has created the conditions for the present after all. Wherever you are you have choices – good ones or bad ones, but ones constrained by your history and present. You can choose what to do, what skills to work towards, what tools to use. But how do you decide, make that choice about the path to go down?

There isn’t a right or wrong answer – just nudges. But it comes down to time. What kind of skills and technologies will help you get more out of time. If you trade your time now for knowledge that means you can do more with your time later, that sounds like a good exchange. If you do less but that helps you work faster that’s a tradeoff that may be worth taking too. It’s like a craftsperson making a jig that lets them do a frequent task faster.

Perhaps the one thing to keep in mind is that once upon a time the constraints were put upon you – by your employer, your circumstances, your history. Your job today is to select the constraints that will help you achieve what’s best for you.