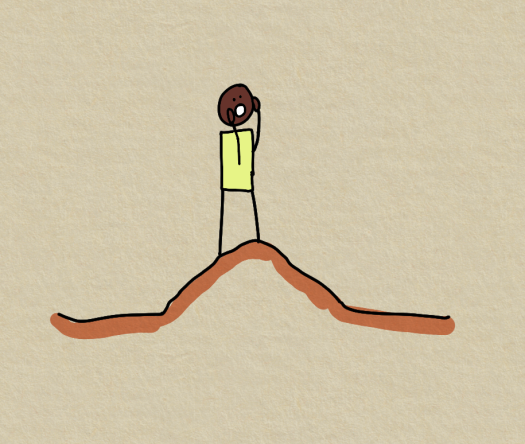 Loneliness does not come from having no people about one, but from being unable to communicate the things that seem important to oneself, or from holding certain views which others find inadmissible. – Carl Gustav Jung

I am working on a book project on Community and thought I would take the opportunity to explore what life would look like without Google, without the big search engines that make life so easy, helping us find information, media or directions. Where would you begin and would we be able to function at all? Do we still remember things? Do you have any phone numbers committed to memory? When was the last time you used a paper map? And where would you turn to find anything at all?

It’s so easy to find information now that it’s a little hard to picture what you would do without being able to search. You’d probably start by calling someone you knew who might know something about the matter. Or, before that picking up a book on the topic.

I thought I’d approach this first from a technical point of view, as there are topics on which I need to find information that are quite specific and have been around for a while. For example, if you want to use free/libre software there are certain patterns you will see about the way a community is formed around those topics.

Take GNU troff (groff), for example. Many people will never have heard of the idea of typesetting. We’re used to working in a word processor or using an office app that shows us what our final document will look like at the same time as we edit the content. The typesetting process is very different with formatting codes interspersed to tell the software how to put together the final output for display or print. An example of this that everyone is familiar with is a web page, where the source for the page is written with formatting codes that tell the browser what a heading is and what a paragraph is and then the browser displays the page using bigger fonts and layouts as appropriate.

If you look at the groff webpage you will see that there is an introduction, a document that explains the mission of the project and information on where you can download the software. What’s also really important is the documentation, which you can get installed with the software or find online. The last two key elements are the mailing list and the bug reports tracker.

If you couldn’t search for exactly what you wanted these pages give you an entry point into a world of information about this topic. The mailing list archives are especially important because they let you ask questions. There is an etiquette around the use of these tools. You’re expected to read the manuals and then check the archives to see if your question has been answered. Then you can ask your own questions. You can answer questions if you think you know the answer, engage in conversations and even have long disagreements on points that you feel are important.

It’s no different from real life, except that it’s captured using technology so you can look back over time and learn from what’s there as well. These communities that form around a piece of software, something they use and have a common interest in, are the ones that sustain and develop and improve the tool itself, first for themselves, but then as a result for the rest of us as well.

The technology has changed over time

Web pages and mailing lists are the features of a particular kind of approach to community building, one that emerged in the early days of the web, when email was the new killer app. What’s interesting is that those systems have survived for decades now and will most likely carry on for as long as there is interest in the tools that the members use and as long as there are ways in which new users can enter the conversation and there is a way to share responsibility and develop a succession of users who will help to maintain the project and the community.

It might seem like these groups are part of history now, but it’s quite possible that they will outlast many newer groups. For example, how many communities online have you joined in the last decade? Social networking sites, for example, allow you to join in many interest groups, administered by the people who set them up. On LinkedIn, for example, I have joined over 50 groups, most of which have very little activity. At first glance this seems to be because much of what is on there is either people introducing or promoting themselves or that the conversations that are started aren’t really all that interesting. Or perhaps they are, but it’s just that they are in the wrong medium.

For example, if you just want to have a chat, a natter, pass the time, then some networks are going to be better than others. Instant messaging is a better choice if you can’t meet face to face, whether it’s using a text message or an app that allows group messaging. The ancestor of these systems was Internet Relay Chat (IRC), which is hard to use and is falling out of fashion although there will always be adherents. Over the last couple of decades we’ve moved from group emails to seeing the emergence of Facebook and Twitter and then increasing fatigue and distrust as these platforms are hijacked by advertisers or manipulated by people who want to influence how you think about things.

In recent years people have begun to miss the experience of face to face contact and so meetup websites have sprung up that, in the midst of a pandemic, have let to a number of video conferencing sessions, where you can meet people as you would at a social event. The fact is that the need for connection is deep and real within people and technology facilitates that in different ways.

What seems to happen is that communities build around a shared interest and they use processes and technology to connect and stay in contact. In some cases they are sustained and grow. In other cases they wither for lack of interest and fade away. At intervals, the technology moves on, and some communities make the shift to a new mode of communication while others stick with the tried and trusted.

What we need to do is explore the connection between our need to communicate and the medium we use to communicate in a little more detail. I’m starting to see these words connecting together as I write and think about this topic. Community is about having something in *comm*on, but its also about *comm*unication and about being *comm*itted. Maybe there’s a model that will emerge from this exercise and there’s a reason why those words have all emerged around this structure.

I was going to talk about how a community might develop in this post, but I think there is an alleyway here that I should explore. What is it about conversations that work or don’t work on platforms? There’s usually a power law in play, where some things get all the attention and others get hardly any at all. So perhaps we’ll explore that tomorrow, what kind of conversations are happening and are there any patterns to what we can see.