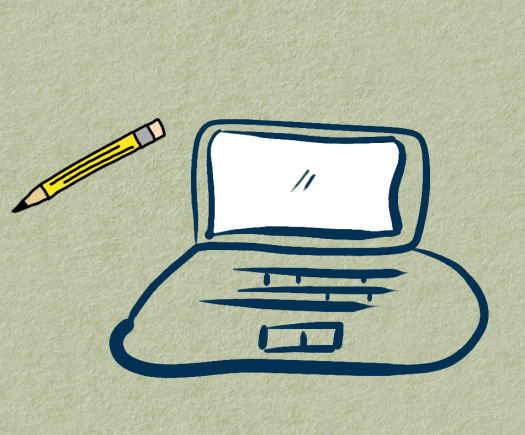 The two offices of memory are collection and distribution. – Samuel Johnson

I came across a book called Mental models: Towards a cognitive science of language, inference and consciousness by P. N. Johnson-Laird that makes a few interesting points about the way we think.

The first point has to do with the way in which we see the world.

As human beings we build internal models of what is out there in the real world and then we manipulate these models in our minds to figure out what might happen before we make a decision.

One example is your model of a TV set.

In your head, perhaps you think of a TV as a box with a remote and menus to select the things you want to watch.

If you’re more technically minded, however, perhaps you understand how liquid crystals work and the way in which they affect polarized light and how they are arranged in a modern display.

You don’t need to have a model in your head of how liquid crystal displays work in order to operate your TV – you just need a model of how the remote and TV interact.

Many of us take this process of modeling and reasoning for granted – it just works.

Johnson-Laird’s book tries to look at this in more detail, digging into the computational structure of thinking.

At times, however, it feels like he is trying to understand how to work a TV by starting with the chemistry of how you build a TV – and I’m not sure that is as helpful as you might think.

Not for you and me trying to think more clearly, anyway.

You don’t necessarily need to understand the grammar and semantics of language to express yourself and understand something.

What gets in the way, assuming you can read and write, are the limits of how much you can hold in your memory.

Johnson-Laird suggests that the limits of working memory is the main obstacle we face and what we need to do is increase those limits, but seems to discount tools that can help you do that.

Which seems odd – after all, the most powerful tool we have for increasing our memory is the humble pencil.

The thing that lets us write stuff down.

Once we have something on paper we no longer need to hold it in memory, we’ve freed up space to think about other things.

It’s the equivalent of RAM and a hard disk in computer terms – we store stuff on paper so that our brains can take in more stuff.

For a few thousand years we’ve used writing as a way to increase our memory capacity but the actual processing is still done just in the brain – we haven’t increased capacity there at all.

Which is where computers come in.

There are a few places where they increase our capacity for thinking.

The first big benefit is in mathematical modeling – they’re perfect for creating models that involve numbers.

If you learn how to build effective spreadsheet models, for example, you can do things like scenario analysis and work out what might happen under a range of conditions.

The next benefit is that you can use them to represent what you do in your brain when you listen and understand – but in a more easily retrievable way.

You may have heard of the memory palace technique – where if you want to remember many things you think about them in specific locations, combining the memory of the thing with a spatial memory to bind it more closely in your brain.

And what’s become clear as I do this is that being able to take notes in a way that spreads out all over the page makes it easier to remember what’s going on because you have the geography of the thinking working for you in addition to the words that represent the thinking.

For example, here are some notes I took while listening to a conference.

They’re not necessarily useful in themselves to anyone else but me – but they’re an extension of working memory.

All the things in there are things that I would have to either strain to remember or accept as forgotten over time.

And that brings us to the third benefit of using tools to think which is that we can take something like the picture above and express it in a form that we can talk about with others.

Johnson-Laird talks about this as a “procedure” and there are overlaps with what Peter Checkland called a holon, “a set of activities connected together in such a way that the connected set makes a purposeful whole.”

I like the idea of using a programming approach to lay this out – a set of statements connected in a flow like in the example below.

What I’ve described in this post is an emerging way of working with situations that I use.

It’s very me-specific, based on tools that I like using, flows that work for me and in situations that I face.

It’s contingent on my context.

You may need or prefer or use different tools but the map above is one way to ask questions about how you do what you do.

For example, an alternative to the concept map picture I’ve put above is to use a Zettelkasten – a slip box full of notes.

Niklas Luhmann is the sociologist who made this famous – but historians of his material wish that he had put dates on them, because they can’t easily work out what order he wrote stuff down.

The modern equivalent – a blog or wiki – is different because it is time-stamped, but of course they are also different because they’re not just for taking notes but also for presenting thoughts… but that’s going to take us down a different track.

And perhaps the starting point there is to look once again at ethnographic field notes in the next post.