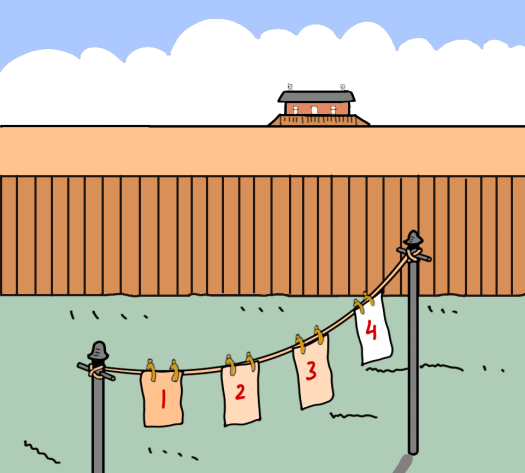 It’s hard to write a good play because it’s hard to structure a plot. If you can think of it off the top of your head, so can the audience. – David Mamet

When it comes down to it a lot of things happen the same way.

I was reading Writing television sitcoms by Evan S. Smith, who described his approach as premise-driven comedy writing.

He explains that there are two ways writers usually work.

Some just start and get a first draft written quickly – which then goes through endless rewrites – sometimes for the better and sometimes worse.

Others create or are given an outline and then fill in the blanks – there’s much less freedom but also less to worry about.

Smith’s approach says start by “weaving funny elements into the premise of the episode” – put in things that will generate humour in situations.

For example, in many sitcoms you’ll find that the two main characters are diametrically opposed.

You have a laid back person and a very buttoned person – and conflict and funny situations just come out of putting them together.

This got me thinking about Steven Pressfield’s clothesline method of writing, where you pin up key scenes, almost like you would hang them out on a clothesline, to see what the major parts of your story might be.

Taking this one step further you have Shawn Coyne’s story grid, which tells you that any genre you write in will have conventions and obligatory scenes.

Coyne explains that in a mystery story you’d expect someone to set out to solve the mystery – that’s a convention.

An obligatory scene in a thriller is having the hero at the mercy of the villain – think of every Bond film you’ve seen – if that isn’t there it’s just not going to do it for you.

Now, when I think about business and marketing, the same things apply.

For example, if you want to sell something on Ebay these days you need to follow certain conventions.

You need to describe your item and tell Ebay how to categorise it, probably at a minimum.

But if you want to sell you have to do more – have pictures, a description that stands out, stuff that helps people see you as a real seller and not a scammer.

You’ve got to do the same thing on LinkedIn – have a profile picture, build a network, engage and share content.

In both cases there are conventions you adhere to.

Some people simply connect to everyone out there – and probably annoy more than a few.

Others take the time to personalise an invite, reaching fewer but perhaps getting better quality connections.

An obligatory element in an ad might be the call to action – why should they get in touch?

When you start thinking of anything you do in these terms you start to see the value of knowing what these conventional and obligatory elements are.

If you know these you can pin them up on your imaginary clothesline – you know you need these to make things work.

And then, because you have those elements in place you can get on with creating something that is uniquely about you.

Pure novelty is hard to sell – and it’s usually ignored because people don’t know what to make of it.

And really, when you think about it, businesses and campaigns that work probably do so for the same reason – they appeal to things that are timeless – but show them to you in a new way.

Which makes them unique.