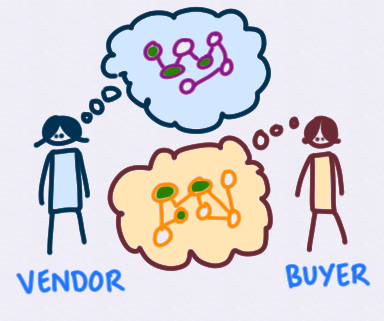 The cause is hidden. The effect is visible to all. – Ovid

If you work for a large organisation do you think that the software you work with makes you more productive?

It’s not a question with an easy and obvious answer – not for the population at large anyway.

If you do a search some of the results you get suggest that productivity has gone up while others suggest it’s gone down.

The one thing that people agree on is that software developers are more productive – they have better tools and better ways to do things.

So that’s good – the programmers are doing well out of the technological revolution.

How about everyone else?

When I looked at this a couple of years ago the data suggested that productivity was flatlining.

And the reasons for that are probably not hard to see – the effects are pretty clear.

For example, how exactly has using something like Microsoft Word made you work better?

The chances are it hasn’t – not compared to how you would have worked a long time ago.

For example, the average time to draft and finalise a document has probably gone up – because instead of writing three drafts and checking each one very carefully we can now fiddle forever and let the spellchecker catch errors – but some still slip though.

Yes, the process of printing and emailing and sharing the document is much much faster – although instead of one package in the mail you probably send several emails.

The point is not that typewriters are better than word processors – although if you’re a techie you will probably accept that plain text is better than everything else – and that’s decades old.

The point is that systems are not designed to meet the needs of the user – they’re designed to conform with what the vendor thinks the user needs.

The picture above is an adaptation of a model shown in Information, Systems and Information Systems, written by Peter Checkland and Sue Holwell.

The model shows that people have different conceptual models in their minds about what is going on.

Think of what happens when you sit down to write a document.

The mechanics of the task is to get the words on the page – but the purpose of the task is bigger than that – it might be to explain an idea to your boss or let someone know you’re going to sue them.

As a buyer you need to do something – and the act of writing a document is a small part of what’s going on in your mind.

A vendor, on the other hand, isn’t that interested in whether you’re writing a letter to a friend or an annual report for a PLC.

They’re aware of it but what they want to show you is the kinds of styles and themes and fonts that you could have.

That may seem pedantic but think about it.

As a vendor what you’re trying to do often is convince a buyer that your solution will work for them unchanged.

But it never will, for the simple reason that each person you talk to will have a different system that they’re serving.

So, you have to convince them to change what they serve to what you think they should serve instead.

This is unashamedly the view of enterprise resource planning software – if you want to use it what you need to do is change your business to fit in with how the software works rather than the other way around.

Or you could think about how you could adapt your software to serve the user better – or build something from scratch.

What that needs, however, is the skill to get into the buyers mind – to take the time to make what’s in their head visible and construct the model of purposeful activity that they’re using.

Then you can compare their model with your model of activity and see what’s the same (the green) and where there are differences and what you can do about it.

But the chances are that it’s only the vendors who take the time to do that kind of thing that then put in solutions that really help their customers.

The rest just move on.