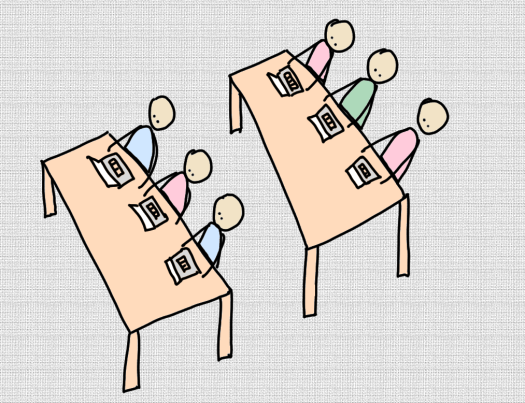 To be creative you must create a space for yourself where you can be undisturbed… separate from everyday concerns. – John Cleese

Pilita Clark’s article in the Financial Times is the kind of thing that you either agree with vehemently or try and ignore.

And that’s because it strikes at the heart of what it means to be an organisation these days.

We all talk about talent as the most important thing an organisation can have.

For example, some companies say that most of their assets walk out of the door each evening and their most important job is making sure they walk back in again.

But then why are the places most people work at so poorly designed for work?

This is one thing universities get right – the ones I’ve seen anyway.

If you’re doing research you get a private space. It might be a cubicle as a grad student but as you get further in your career everyone seems to have an office.

And that’s not just because you need space to dump your paper.

It’s because you’ll do your best work in uninterrupted blocks of time.

Let’s say you’re a manager – do you see your role as one where you tell your team what to do or one where you coach them to do better work?

If you want to tell them what to do and how to do it and watch them while they do it then you don’t really need a team – you need labour.

It doesn’t matter whose hands do the work as long as they do it in the way you want.

And those people are disposable – you can get another in pretty quickly and get them producing work in next to no time.

And really, if you are a manager you probably don’t want someone that is going to think for themselves and suggest a new way to do things.

That’s not what they’re here to do – that’s a waste of working time.

I wonder how many business owners and managers really think about why they organise the workplace the way the do.

Is it because having people lined up at tables in an open workspace works for those people or the business?

Or is it because this way you can keep an eye on everyone.

So what does that mean for people who want to do creative work?

Well, you could look for a company that will give you your own office or let you work from home.

And those kinds of companies are going to be flooded with resumes from the best available candidates.

Or you could do your creative work in your own time – after the normal day has finished.

Because the fact is organisations aren’t going to change – and so if you want something to change you’re going to have to do it on your own.