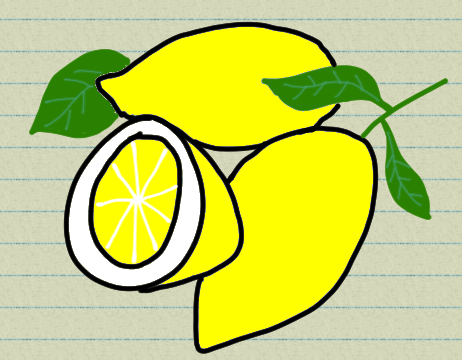 There’s been something missing from the last few books I’ve been reading and trying to use in day to day situations.

It started with an increasing tension between strategy and tactics.

Strategy is a having an idea of where you want to end up.

Tactics are about having approaches that will get you there.

The problem is that it isn’t clear what comes first.

And do you hear of tactics that were successful because the people and companies that used them prospered – but don’t know about the people who used the same tactics and failed?

From one point of view strategy and tactics are stories – stories that help us think about the situations we are in and perhaps help us come up with ideas and approaches we can test.

Is there anything a little more durable? Something that we can use in a more robust way?

The problem with economics the way it is taught in schools is that it has lots of maths and complicated words.

When it comes down to it, however, the best definition I read was by Steven Landsburg who writes in his book The Armchair Economist Most of economics can be summarized in four words: “People respond to incentives.” The rest is commentary.

So that takes us to tactics and strategies that we need to use to get ahead in this modern world.

Most people would agree that digital marketing is an essential part of what anyone needs to do now to survive in business.

High streets are being decimated – we use stores as places to browse while we check prices on Amazon or Ebay while taking pictures of products to remind ourselves of what we might like.

The effort that goes into curating products, selling shelf space and staffing those stores is something we are no longer willing to pay for.

When many of us starting making a shift to online marketing we need to develop content.

Content is the stuff that sells for us and the way in which we create and use content is going to make the difference between succeeding and failing.

Economics has a simple answer.

The biggest problem that exists in the real world between buyers and sellers has to do with the amount of information each has about the product.

Old world economics assumed that information was perfect – everyone knew everything and so the price was all that mattered to match supply and demand.

But then why is it that you hesitate to buy a used car?

You could be about to buy a lemon. The salesperson knows it’s a lemon. You don’t.

So, what can a salesperson do to help you out?

Well, what they used to do was try and pressure you into buying.

I had that recently with a car purchase. They did all the things – started off saying everything was in my budget then coming out with a price twice as much.

Trying to get me to agree that I would make a decision that very day.

Trying to be my friend.

But you can’t really be pressured in the same way online – which is why so many of us prefer to be there.

So… the skills we need to develop are really the ones that help us figure out what kind of content is going to help sell our product.

We need to use information to show what we have – to describe it and show it being used and help customers see it for themselves.

We’re all very sensitive to hyperbole.

When a film’s blurb tells you that something is a fantastically told story you’re ready not to believe them. If it was really that good the reviews would tell you that.

That’s an example of not having enough information. Too much information is also a bad thing.

Including every detail that matters to you might well turn people off.

The optimal amount of information shows people what you have and tells them what they would ask if they were in front of you.

A friend of mine points out that selling on Ebay is common sense. Make descriptions clear, use terms that people would use when searching, show the thing from lots of angles – all these things help reduce people’s fears that they are about to buy a lemon.

We are, still, in the very early days of the Intenet.

Everything seems to be about glitz and glamour and look and feel but under it all the only measure of success you need to have is what kind of sales you’re making.

And if you’re not making enough sales it’s probably because you haven’t convinced enough people that what you have isn’t a lemon.