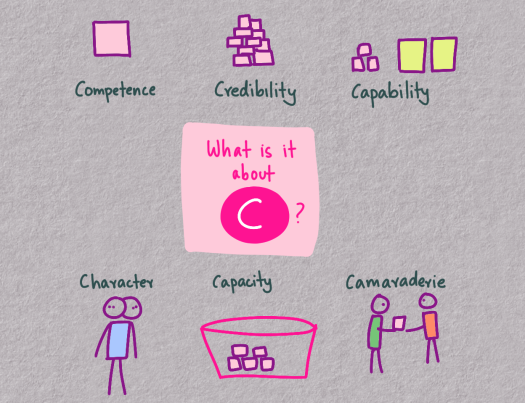 All I’ve ever wanted was an honest week’s pay for an honest day’s work. – Sergeant Ernest Bilko

As an introvert who enjoys writing and coding more than going out and socialising, that can be both tiring and eye opening.

Think about why we spend so much time thinking about digital marketing. It’s probably down to two reasons.

The first is that we imagine we’ll save money. After all, if we send out a bunch of emails or pay for ads then we’ll only have to talk to prospects that are interested – because they’ll show their interest by responding.

The second reason is that we don’t want to talk to people we don’t know. It’s scary, perhaps rude. Maybe they’ll be mean to us. Maybe by spamming them they’ll start to like us.

The funny thing is that when you do meet someone, under the right conditions, something happens. Being together in the same space, being able to see and hear each other, lets you have a much richer conversation.

So, you get much better communication as a result.

I was going to talk about how to create those conditions when I started this post, but then I got distracted by all the “C”s.

Have you noticed just how many “C”s come up when you think about this kind of thing. Just look at the last few sentences.

So, let’s assume you’re talking to someone, trying to explain what you do and see if there is a fit. In other words, you’re selling them.

You’ve heard the old saying – people buy on emotion and justify with logic. What does that logical justification look like?

Well, it’s full of words that start with C.

Then there is credibility. How many boxes have you made? Who have you made them for? Did they like your boxes?

Close on the heels of credibility is capability. Ok so you can make boxes. Can you do them in different colours? Sizes? Are you a one box pony or do you have the ability to branch out.

Then what is their experience of working with you? Is there camaraderie between you? Mutual trust and friendship?

Warren Buffett says you should aim to work with people you like, admire and trust.

Now, if you’re good at what you do, then you’ll probably start filling up with business. Or, if you haven’t invested in your business, you’ll start running out of resources.

A wise buyer will want to check that you have capacity – that you can give them the resources they need. After all, there’s nothing worse than giving someone your business and finding they don’t deliver.

They’re not going to come back. Remember, fool me once, shame on you. Fool me twice, shame on me.

Then there is probably one of the most important things of all. Character. We don’t like sleazy, fly-by-night, manipulating, conniving, two-faced sharks.

Although, that is probably a point of view at the end of the day. Something seen as cheating by one person is probably seen as shrewd business by another.

You’ll always be best off following the platinum rule, however. Do unto others as you would have them do unto you.

As someone said, the best system is one that you would accept if you didn’t know how much power you would have.

All those choices come down to character. In practice, it probably comes down to your credit score…

So, anyway, it’s interesting, just how many words that start with C are worth remembering and checking off if you have to do a complex sale.

The six in the picture, especially, will probably be part of your buyer’s checklist.

The one thing is that it’s hard to remember all these Cs. A 6C mnemonic doesn’t really jog your memory.