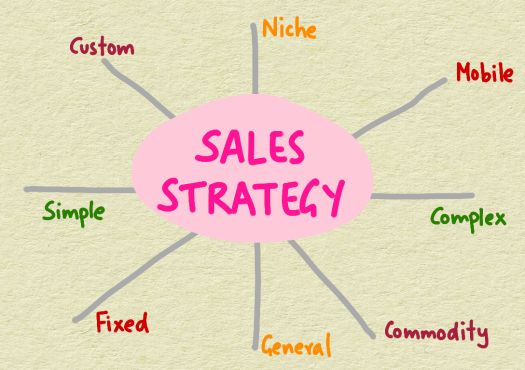 And then there are the streets.

The most famous one, La Rambla, runs from the centre down to the sea and if you’re interested in sales strategy has lessons everywhere you look.

Let’s start with the most obvious one – the one that smacks you in the face.

These are people who sell stuff on the street, from catapults for children, to fans and plastic trinkets and jewellery. They carry a small number of items, in a plastic bag or in their hands, and set them out on the street for you to look at.

They are presumably unlicensed sellers – as when the police turn up they disappear quickly.

Some have large sheets filled with higher value items like branded shoes and designer handbags – with an ingenious string mechanism that means the whole lot can be quickly bundled up and the seller can move on.

One would assume that these are counterfeit – but it’s not clear. There are signs saying that there is a fine for buying from blanket salespeople. But, when you overhear the negotiations for a pair of Nike shoes, for example, the price is not that far off a shop price to start with.

That may just be good negotiating practice – just like when one of them tells you that they made the object they’re selling themselves. It’s odd, however, that the police simply watch the sellers setting up.

What’s common to these sellers is that they are mobile. And they sell commodities – certainly when it comes to plastic fans and counterfeit stuff.

But how can such low value stuff sustain such a high number of sellers?

Presumably there is an organised system behind this. A warehouse where someone with little capital can go and stock up on commodities and then flog them on the street.

And the warehouse is where the big money is being made. Stuff that can be made for 7p in China lands in the warehouse, is presumably sold for 50-70p to the sales person who then makes 30p a sale.

Not a get rich quick strategy for the person selling on the street. But if you’re possibly in the country illegally in the first place, perhaps your only option to get enough money to pay for rent and food.

So what do others do – the ones that operate legally?

An interesting variant on the mobile approach is to add a custom element – like elaborate statue artists or street dancers.

There you’re paying them for a performance that they do – and essentially tipping them for entertainment.

For example, the stalls on the street have Barcelona related stuff – magnets, figurines and cards. A lot of people like that kind of stuff as a reminder of their trip.

The thing with going fixed is that the better the location, the more you pay for your patch of real estate.

An alternative step is to go niche. On a different street, closer to the coast, you find people with stalls selling elaborate masks – the kind you’d use for a masked ball. Specialist places that cater to a niche clientele.

That’s one way to stand out.

But most of the stuff you see on the street is simple. You’re not really going to be able to do a complex sell on someone passing on the street. It’s mostly stuff that you either want or don’t.

Except perhaps when it comes to food.

There are lots of plastic food choices catering to tourists and, if you’re hungry and tired, you might go for the fixed price options just to get something quickly.

But it’s worth going off the main streets and looking for more local fare – stuff that is real food with atmosphere and local chat. Something that gives you a more complex experience than cheap food piled high.

When it comes down to it, sales is less about pushing and more about positioning.

The way in which you position your product almost leads inevitably to a particular strategic approach.

You’re never going to expect great quality from a street seller – and if you think you’re getting a bargain, you’re always going to be wrong.

So, a street seller is going to have to push and persuade and charm you into buying from them.

You’ll be safe in a big chain store located in a shopping mall – but it’s not going to be exciting or different or anything you couldn’t get right here at home.

A bored sales clerk isn’t going to care too much whether you buy or not.

And between those two extremes are several sellers who are trying to get the right combination of characteristics to stand out and appeal to you.

The difference now is that you have the Internet on your side.

I found that I was checking Ebay to see what prices were for commodities on the street and finding it easy to step away when the quoted price was three times the price online.

The chances are that you’ll increasingly rely on recommendations from others to make decisions – from which hotels to select to the best places to eat.

So the sellers in the middle would do well to manage their reputation online – and many are doing just that. The statue artists, for example, display their Instagram information if you want to follow them.

Street selling is fascinating to watch – but it’s possibly the hardest, most time-consuming and lowest margin activity you can do.

It is a good way to learn if what you have actually has appeal – a good validation method when you’re testing the market.

But I wouldn’t recommend making it an core part of your route to market.