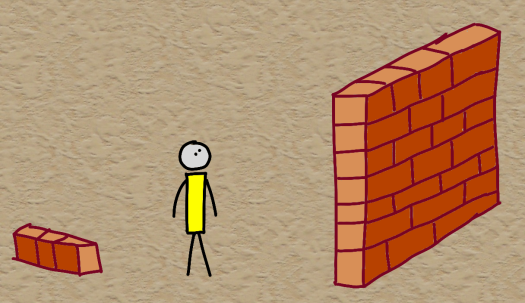 Warren Buffett wrote that after many years he and his partner, Charlie Munger, had not learned to solve business problems.

What they had learned to do was to avoid them, by looking for one-foot hurdles they could step over rather than seven-foot ones they needed to clear.

But how can this approach be applied day to day?

One school of thought argues that customers don’t know what they need before they see the product – if you had asked people what they wanted before the car was invented, they might have said a faster horse.

If the business we’re in is more humdrum – more exposed to competition – what approach can we take?

Let’s say we owned a food business – what advantages would help us beat the competition? Would it be better ingredients, better signage, widespread advertising or more delivery options?

The late Gary Halbert used this example and said people could choose any combination of advantages they wanted and he would still beat them if he had a single advantage – A starving crowd.

The test for any product is not how good it is or how glowing the reviews are – it’s how well it’s doing on gaining market share.

The energy efficiency business, for example, should really be an easy one to operate in.

Who wouldn’t want to cut their energy costs – after all savings go straight to the bottom line and how much product would a company need to sell to get the same result?

But many projects fail to go ahead because they don’t meet a 2-year payback?

But, if project developers thought like product managers, they might think about what the CEO and FD of the company really want to achieve.

If they are like most CEOs and FDs, their focus is on earnings growth and increasing shareholder value.

Payback to them is less important than what the project will contribute to EBITDA during its lifetime.

A McKinsey article shows how a modern approach to a portfolio of projects might evaulate them all, rank them on a risk/reward basis and select the ones close to the efficient frontier – essentially the best ones.

Cherry-picking makes it more likely that investments will return value in the long term.

We are often programmed to believe that anything worth doing must be hard – taking effort and sacrifice.

By going after the easy things, however, we may actually make a difference and create value.