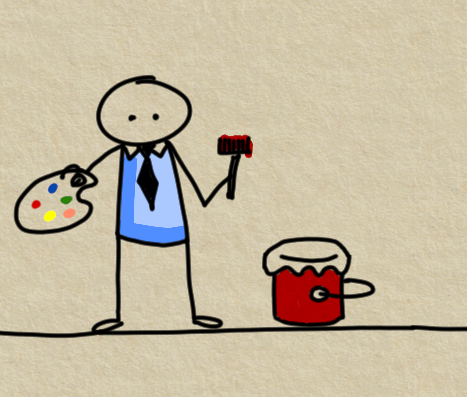 In theory there is no difference between theory and practice. In practice there is. – Yogi Berra

I read an article recently about How McKinsey destroyed the middle class. The short version of the story is that once upon a time companies invested in their people, helping them grow and develop and have a career that could take them from an entry level position to running the company, filling a host of middle-management positions along the way, keeping expertise in getting things done in the company. This was a good thing. And then McKinsey came along and took aim at all those middle-managers seeing them as fat and lazy and a cost that could be easily removed. So they slashed and restructured until you were left with a small core of highly paid managers and a large workforce of poorly paid and unprotected staff who were simply there to do work that hadn’t been automated yet. And that’s why we now have this huge gap between the people at the top and the people at the bottom.

The resulting situation, whatever you think about the way history is represented, is that you don’t have the expertise within organisations to do all the things people at the top need to get done. So you have to bring in consultants to help – consultants like McKinsey and a host of others. So really many of those managerial roles are undertaken by smaller outfits and perhaps there are benefits in having consultants serve several companies than duplicating all that expertise. I am probably in favour of this state of affairs as I find myself, somewhat by accident, doing the work of a management consultant much of the time.

Which takes me to the work of Richard J. Ormerod and his 1996 paper on “Combining management consultancy and research”. How do we know if a consultant is doing a good job – how does the consultant know themselves, and are there better or worse ways to do the job of making a company work better?

This is more challenging to answer than you might think because of something called the Hawthorne effect. A study, possibly fictional, tried to find out if an intervention, for example changing the lighting at a plant, would improve or reduce performance. What eventually came out of this study is that if you go and watch people work they will try and work better – because they’re being watched. As a consultant, you could go into a business and find things improve – but that could just be because of the Hawthorne effect – people change how they act because you’re hanging around.

But you might argue that you’re doing something of value. If so, what is that? You probably can’t tell me because of the nature of the client-consultant relationship. A client asks you in because they need help. Imagine you went to the doctor and they helped you out and a few days later wrote a paper describing all your problems in glorious detail to the world and your competitors. You would not be amused. A consultant, like a doctor, has to maintain client confidentiality.

But, like a doctor, the consultant also wants to share their knowledge. So they share their insights, their techniques, their ways of doing things. They talk about process and method. And that’s fine – except you fall into a logical trap that says what you say isn’t reliable. That goes a bit like this, as Checkland explained. If you say something worked then I can say to you, “How do you know it wouldn’t work better if I had done something else?.” And if I try what you say and it doesn’t work, you can say to me, “How do you know it didn’t work because you didn’t do it properly?”

This paradox means that you can’t say anything about a particular way of doing something until you try it and even if it doesn’t work for you you can’t really say it doesn’t work. So if you’re a fan of any one of the methods that permeate the Internet, from Agile or SSM or Design Thinking – stop trying to prove they work. It isn’t worth your time. Pick the one that works for you and get on with your work.

But this means that your work is a reflection on experience – it’s what you think about what you did rather than a wider truth – a more generalizable set of ideas that can be wrapped up and presented as a THEORY. So does that mean that we can’t have a theory – or actually are there different kinds of theory and we just need to figure out what we’re saying. Ormerod’s conclusion in his paper was that he found that the publications he was creating were “weak in the sense of lacking theoretical underpinning. The were reflections on experience.”

This paper is from a while ago so the chances are that people have thought about this a bit more since then, and perhaps there is more theory around about how to create theory from reflection on practice. That’s for another post though.

I think the takeaway from this is that it’s very hard to tell whether someone was good or lucky. Two people doing the same thing can have very different fortunes. The thing to remember is the saying, “luck is when preparation meets opportunity.” We cannot dictate when opportunity knocks but we can certainly take the time to prepare. And the thing you want to do is become an artist at your work – display what Ormerod calls “professional artistry”. Forget about the theory – be brilliant at the practice – and the theory will catch up to you eventually.

One Reply to “The Difference Between Theory And Practice”