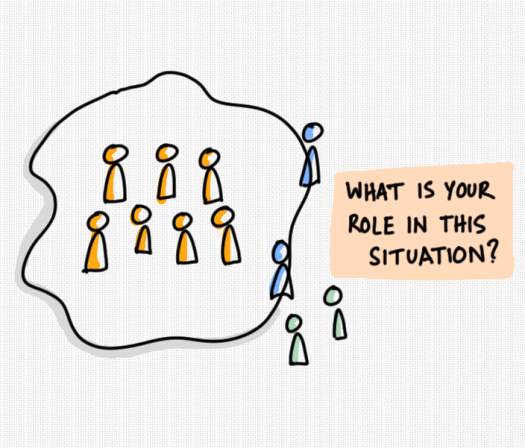 If there aren’t roles you want to play, then you’ve kind of got to create them. – Margot Robbie

I’ve had a few days of listening to academic presentations at a conference and am reflecting on how easy it is to fool ourselves and how much effort it takes to avoid doing that.

Take work, for instance. We like to think that things are clear cut, that what you need is a mission and vision and goals and the right person in charge and everything will be well. We like to think of stars and individual performance as things that make a difference. But how do we know that these things work? How can we be sure that success came from doing certain things unless we’re sure that there aren’t organisations and people that have done exactly the same things and failed?

You can get away with such assertions if you’re a salesperson or motivational speaker but if you’re going to be peer-reviewed then you need to put some more effort into being honest. And once you start to penetrate the jargon that suffuses a typical paper you start to see that there is some useful stuff there, even though you have to dig for it.

Take, for example, this paper on facilitators by Lessard et al (2016). I’m interested in this because we’re often in situations where things aren’t working out ok and we want to change things. That means working with others and that’s a challenge. Good change often doesn’t happen by itself, it needs to be facilitated.

So what does facilitation look like and who does it? Facilitation can be a role a person takes on, it can be a process or it can be about helping a group work through something.

The paper argues that if we look at facilitation as a role you end up doing two types of activities: you change how things are done or you help people to work better together. In the first case you’re involved in processes for change or for project management. In the second you’re looking at faciliting meetings between people and supporting them as they do the work of making change happen.

But that’s not really enough to tell you what’s done and that’s where you come across lists in papers. For example, what do external facilitators do in their day to day work. Here’s a list from this one.

Internal facilitators, on the other hand:

If you’re trying to change things around wherever you are, then these papers give you useful checklists. Do you do some of these things, all of these things? Are there things you should do more of?

I spend a lot of time being unsure about things. That’s probably a good thing because it means you’ll check things out before you decide to believe in them. But when you’re sure you need to make that clear – and that’s a skill I need to develop for myself.

And it’s worth doing because there is no shortage of situations that could do with someone who knows how to change them for the better.