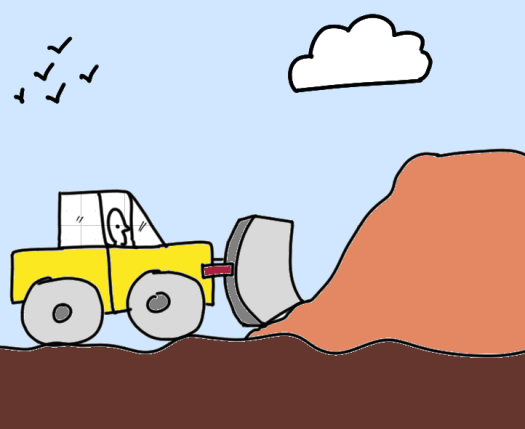 “Tell me, Ms Sumner, what exactly does a behavioural psychologist do?” “Monitor observable behaviour for signs of internal psychology. We read people.” – Johnny English Reborn

One of the hallmarks of a good academic is that they can list the essential elements of any concept pretty quickly. What most people do is pick the things they like but it takes some thinking to look at all the elements (or as many as you can) and then decide which ones matter.

It’s also possible that you get concepts that are not well thought through if you are under pressure to publish. And if the way you’re marked is on the quantity of papers you publish rather than the contribution you’re making then you’ll do what counts rather than what matters.

This question can be generalized to pretty much everything that you face in day to day life. Is that salesperson trustworthy or a shark? Is that product good or a hazard? Is that idea good or a reheated ripoff?

The difficulty we face is that what you see is not what makes it work. For example, you’ve seen big machinery at work digging and excavating and bulldozing stuff. But do you have any idea of what’s involved? Can you just jump in and push earth around or are there questions about the kind of earth or the kind of machine or the gear you should be in? Just because you’ve taken a course and can drive one of these machines doesn’t mean you know what to do.

Realizing that doing something well is more about doing it the way it looks like it’s being done is important – and it’s something that’s easy to forget. For example, people assume that what makes a democracy a democracy is the vote – that every citizen has a vote. But there are lots of countries where citizens have votes and are notionally democracies but somehow people don’t seem to get the benefits that one expects to get from democracy. So what’s going on?

“That’s obvious,” you might say, “There’s more to doing something than what you see on the surface.” And you’d be right – and that’s what one of the papers I’m reading says using much longer words. There’s the stuff you see. And there’s the stuff you don’t. And if you want to do what you’re seeing someone else do you need to be able to do both – but you’ll have to do them your way to be any good.

This is why watching someone’s course or using the same pencil as someone or the same setup will not give you the same results. It’s what you don’t see that makes the difference – the secret sauce that makes something amazing.

The good news for you and me, however, is that it’s this same thing that makes what you do hard to copy. People can do the stuff on the outside but it’s the inside that makes the difference.

Of course, you’re left with the problem of telling the difference. What’s the difference between an expensive cereal and an own brand one? Sometimes there’s nothing. I’ve been in factories where the same product is called high-end in a fancy package and low-end in a cheap cover. But it’s the same thing. In other examples brand matters – you can tell the real deal from a copy.

The question you have to ask is whether what you do is truly different or whether it’s just the same as everyone else.

And if you’re different – you have something that’s valuable.