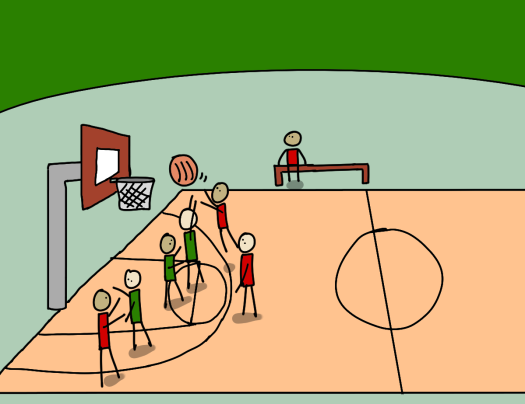 When it is useful to them, men can believe a theory of which they know nothing more than its name. – Vilfredo Pareto

You’ve heard of the Pareto Principle, but do you really understand it?

I thought I did but then a video from Miglautsch Marketing popped up on my feed.

It’s a tribute video to a direct marketer called John Wirth, one of whose ideas was around a Bathtub model of customer value.

This bit is interesting because what it reinforces is the Pareto principle in direct marketing.

The argument here is that you shouldn’t try and worry about working the tail of the list but instead work on the next one – so you’re always getting 80% of the value and then moving on.

I suppose this sort of idea says worry less about lifetime value – what you get from each person on that list over time – and instead make sure you’ve got hot water coming into the bath and letting cooler, dirty water out.

That way things keep bubbling away nice and warm.

I think that’s the metaphor, anyway.

But the really interesting bit, the one I related to, is later in the video when Miglautsch talks about basketball.

He used to play as a kid, he says, and was pretty good, but he wasn’t good enough to get into the starting five.

He was number 6 or 7, and so he got less time on the court and when he did come in, it wasn’t with the best players on the other side.

And this is the thing you should get.

The main thing that matters is time on court.

Every once in a while I have to watch kids at a sports club – say they’re doing tennis.

There is a game where everyone lines up and then the coach lobs them a ball one at a time.

If they hit it, they get to go back to the end of the line for another go.

If they miss, they have to sit down.

This is the stupidest thing I have ever seen a coach do with kids.

What they’re doing is giving the kids that are already good more chances to get better, and the ones that need the practice less time.

What they should do, if they’re trying to get everyone to the same standard, is get the good ones to sit down so the poorer ones can practise some more.

Or just give everyone the same number of shots.

Anyway, if you’re competitive you probably think this is ok – but then you should be even more worried if you’re the one sat on the bench.

If you’re sat on the bench you’re never going to catch up – those other kids will always get more time and more practice and play against better competition than you will.

All else being equal, that is.

You can do two things to beat this.

You can put in more time on the court.

I once saw a kid do this at school.

We all went home for the holidays and lazed around.

He still went to the school grounds every day and practised his shots.

When the next term started he was sinking every shot he took and suddenly he was always on the starting team.

So, if the competition takes a rest and you keep working then you can get ahead.

The other way is to find something else where you can be in the starting team.

Miglautsch took up skiing and got very good at it.

And that’s something worth looking out for in your own career.

Especially if that person also plans to get better.

If, for example, you want to be the next John Grisham or James Patterson, be prepared to wait a while.

But there’s nothing stopping you from being the next you, as long as what you do is valuable and unique.

It’s hard to become a big fish in a pond that’s already full of big fish.

Much better to find your own pond – one where you have no competition and can grow as big as you want.

So, here’s the thing.

If you find yourself in a situation where you are consistently on the bench – stop and look around.

And go find yourself a new game to play.