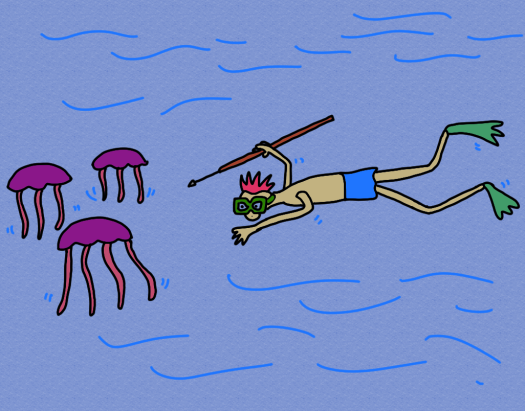 And this was known as that greatest of treasures, which is Hope. It was a good way of getting poorer really very quickly, and staying poor. It could be you, but it wouldn’t be – Terry Pratchett, Going Postal

It’s that time of year when we’re almost at the end – and we start thinking about how we’re going to do things differently.

After a short period of doing nothing, that is, other than reading and watching TV – which is where you pick up a few interesting insights.

It’s a story about a con man and his sometimes involuntary journey towards redemption, and along the way we could learn something about human nature and management.

Pratchett clearly has a history there, given his first story published when he was 13 is called “Business Rivals” and he spent time in the Central Electricity Generating Board.

One thing you should really take away from the book is that you need to make it easy for people to give you money.

In the book you have a man who figures that you might as well go for the impossible – because if you do achieve it you’re a hero and if you don’t – well it was impossible anyway.

You don’t get marks for reaching for something safe and not making it – people don’t notice that happening.

So what should you do and when?

That’s where the TV series “Patriot” comes in and especially the episode on the Vantasner Danger Meridian.

The Vantasner Danger Meridian is defined as “the point or line after which danger to your mission and/or sense of self increases exponentially. Often used to demarcate conditions of grave and approaching danger.”

It doesn’t exist in real life – but it should.

We all know about the Sunk Cost Fallacy – you might have spent lots of time and money into a particular idea or cause but that shouldn’t be taken into consideration when deciding what to do next.

You should make that decision based on the facts you have now – not what you did previously.

Which is where we are all right now.

You have have spent decades building up a career, or failing to build one.

So, should you walk away because things don’t look good?

The Sunk Cost Fallacy would have you do just that – and that’s probably a fallacy in itself.

The difficulty is that we don’t know – we can’t know the best thing to do.

Endless possibilities unfold in front of us – it’s only when we make a decision that some disappear and others appear.

So what really matters is not the right decision but the next decision.

And this is where something like the VDM should really exist in real life.

Given where you are now what are the next things you can do?

And which of those do you want to do?

Let’s take an example – it’s the New Year and you think it’s a good idea to start it by chucking in your job.

For many people that creates a number of dangerous scenarios.

Where is your money going to come from, how will you pay the mortgage, where is the next job, do you have clients lined up if you’re going to go independent?

That’s probably well past the VDM

What we need to do is figure out where the line is and how close we can get to it without things going bad.

And that needs us to be conscious of another introduction in the plot – that of jellyfish.

Apparently if you cut a jellyfish in two, the pieces can regenerate and form two new jellyfish.

The analogy here is that if you screw up a situation then that results in more things to deal with – lies beget more lies and so on.

And pretty soon the number of things you have to handle grows more quickly than you can handle them – and things start to go wrong.

When you pull all this together and combine Pratchett’s observations and the Patriot’s script you are left with something like this.

Hope is not a strategy.

Wishes are for wells.

If you want to change things the challenge is figuring out what you can do in the situation you’re in without crossing a line where danger increases exponentially.

When you’re on the right side of that line you can try and experiment and innovate.

On the wrong side of that line lies panic and desperation.

And at the edge – the edge between Newtonian physics and chaos lies complexity.

Which is where change emerges.

And if you’re lucky, it’s the change you want.

2 Replies to “The Vantasner Danger Meridian – Why It Should Exist”